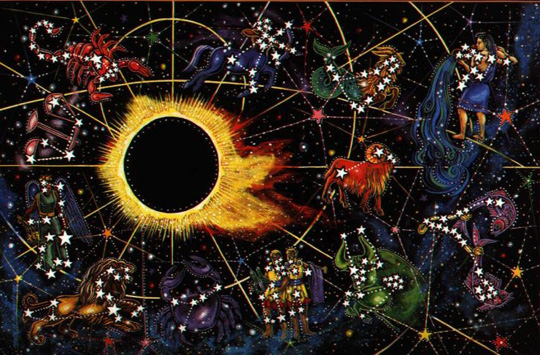 If you find astrology interesting and enjoyable to read, you will love the Mythology of Astrology. In this blog we will look at how astrology came to be.

It is believed that the first discovered records of astrology were in the seventh century B.C.E. The ancient people loved to look up at the sky and try to make sense of the movement of the stars. Many ancient peoples like the Babylonians, Egyptians, Romans and Greeks contributed to the discovery of the zodiac. It was in the fifth century B.C.E that the creation of the zodiac is seen. At that time, it was believed that the stars held influence over our lives from birth until death.

In Greek the word zodiac means “circle of animals”. The names of the zodiac signs are represented by animals and creatures from Greek Mythology. The word horoscope “oro + scopo” comes from the Greek meaning “look at the hours”. 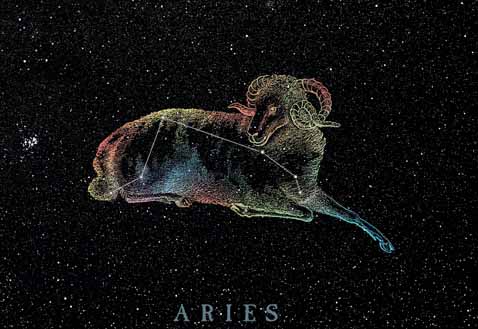 Let’s look at the first zodiac sign of Aries (March21-April 19) and see what it’s mythology is all about.

Aries, the magical creature that could fly and had a golden coat was sent by the gods to rescue King Athamas’s twin children, Helle and Phrixus. These children were about to be sacrificed at the hand of their jealous step- mother, Ino. The plan was for the Ram to swoop down and ride the children to safety. Unfortunately, Helle fell into the sea and was lost.

To thank the gods for saving him, Phrixus sacrificed the ram and saved its Golden Fleece. This was the fleece that was sought by Jason and the Argonauts.

Hope you enjoyed our trip into mythology!

Next Blog: Mythology of Taurus and Gemini