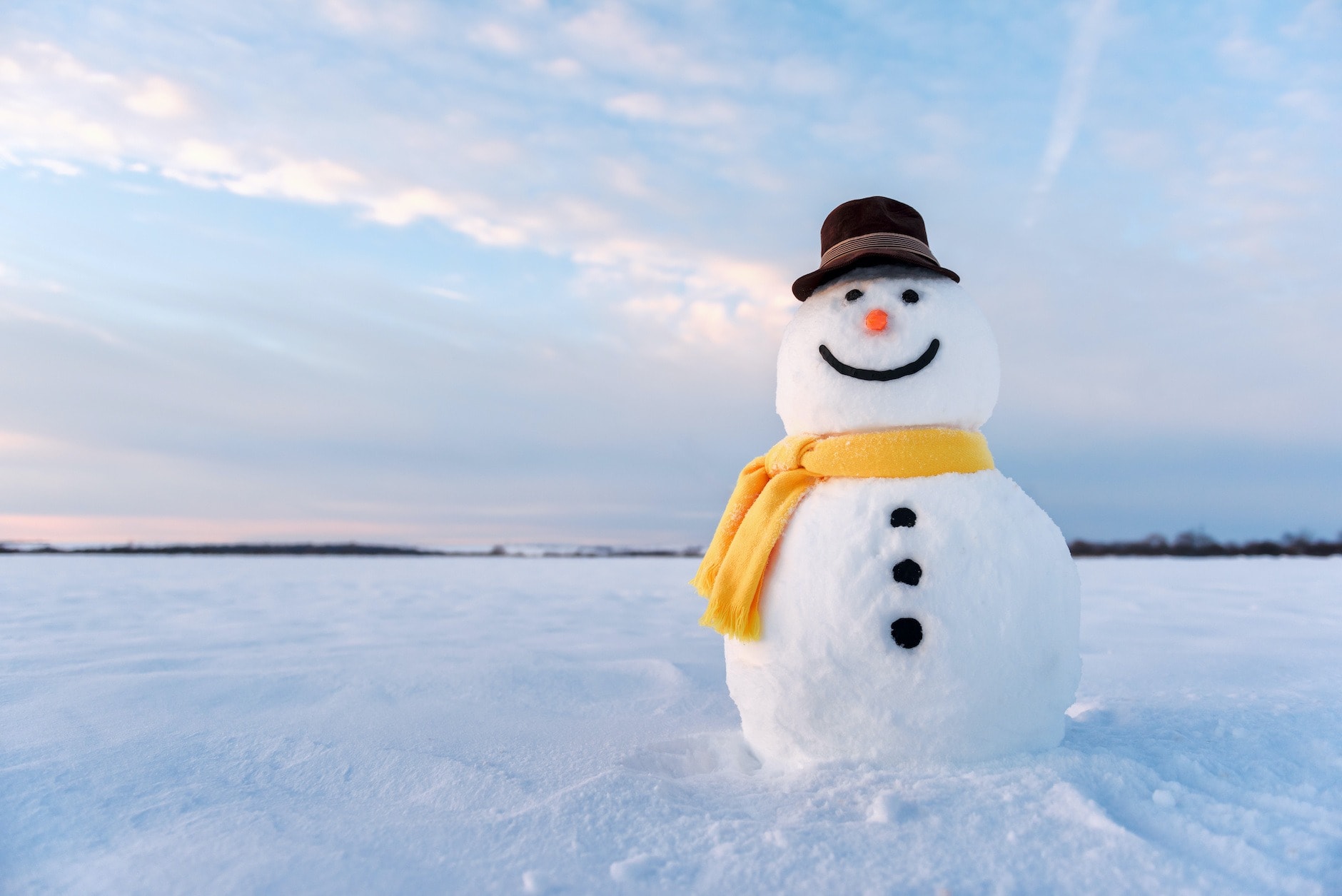 Snow is often associated with superstitions because it is a phenomenon that is largely outside of our control, making it mysterious and unpredictable. In many cultures, snow can be seen as a force that can bring both good and bad luck depending on the context. People tend to create superstitions to give themselves a sense of hope and control during uncertain times.

If you sweep snow into the house, it will bring bad luck to the household

If you cross paths with a snowman, you will have bad luck

Spitting on snow is said to bring bad luck

If it snows on Thursday, it ensures a prosperous year ahead

If a snowball melts in your pocket, it is said to bring you good luck

If snowflakes fall on a baby’s face, it is said to bring its own luck and longevity

It is bad luck to sleep with a broom under your bed while it’s snowing as it will bring bad luck.

The sight of an animal such as a rabbit stepping in snow three times means snow is on its way.

An old superstition in Scotland claims that when the flakes of snow are triangular, a cold winter is certain.

If you jump over a snowbank, bad luck and cold weather will follow.

Good luck will come to those who throw a handful of snow into the fire.

If a snowflake lands on your nose, it means good luck.

You shouldn’t throw snowballs at a house as it invites bad luck into the home. 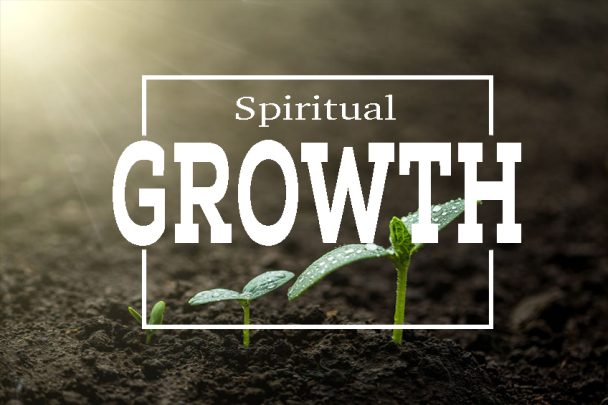 Spiritual growth refers to the personal journey of developing a deeper understanding of one’s purpose and connection to a higher power, whether it be a deity, nature, or the universe. This growth can bring a greater sense of peace, meaning, and fulfillment to one’s life, and can also lead to the development of positive character traits such as empathy, compassion, and wisdom.

There are many different paths to spiritual growth, and each individual may find that different practices work best for them. Some may find that participating in organized religion, such as attending church or mosque, provides them with a sense of community and structure that supports their spiritual growth. Others may prefer to engage in solitary practices, such as meditation or journaling, in order to deepen their connection with the divine.

Regardless of the path taken, spiritual growth requires effort, self-reflection, and a willingness to be open to new experiences and ideas. It is important to remember that spiritual growth is a lifelong journey, and that there will always be new opportunities for growth and learning.

It is also important to note that spiritual growth is not just about personal development, but also about making a positive impact on the world. By growing in compassion, empathy, and wisdom, individuals are better equipped to make a positive difference in the lives of those around them, and to contribute to a more just and peaceful world.

In conclusion, spiritual growth is a profound and meaningful journey that can bring a greater sense of purpose and fulfillment to one’s life. By engaging in practices that support this growth, individuals can develop a deeper understanding of themselves and the world, and make a positive impact on the lives of those around them. 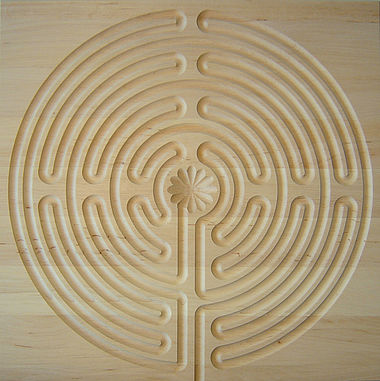 A labyrinth is a complex maze-like structure, often used as a symbol for a journey or quest. Throughout history, labyrinths have been used for a variety of purposes, including as architectural features, religious symbols, and recreational puzzles.

In ancient cultures such as the Minoans, the labyrinth was a symbol of the journey to the underworld. It was also associated with the legendary Greek figure of the Minotaur, who was said to reside at the center of a labyrinth. In Medieval times, labyrinths were often incorporated into the floor plans of cathedrals, serving as a symbol of the spiritual journey towards salvation.

In modern times, labyrinths are still used as a symbol of journeys and are often used in meditation and spiritual practices. Walking labyrinths is seen as a way to quiet the mind, connect with the divine, and find inner peace. Additionally, labyrinths continue to be used as puzzles and mazes for recreational purposes, challenging people to find their way to the center and back out again.

Regardless of their specific purpose, labyrinths have been and continue to be an important symbol in cultures around the world. Through their intricate design, they challenge us to think critically, reflect on our own journeys, and find meaning in the twists and turns of life 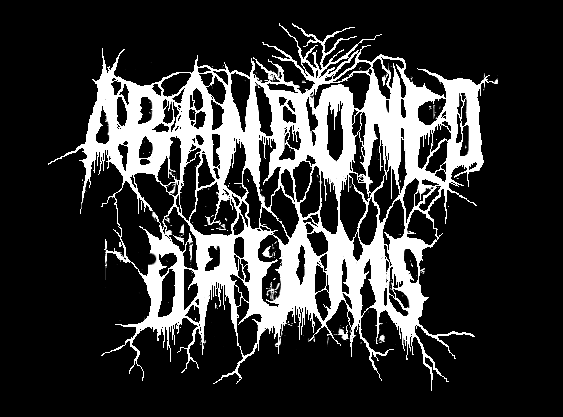 Abandoned dreams are aspirations or goals that were once important to an individual, but for various reasons, were not pursued or were left incomplete. Abandoned dreams can be a result of numerous factors including a change in personal priorities, lack of support or resources, fear of failure, or simply giving up due to overwhelming obstacles.

For many people, abandoned dreams can result in feelings of regret, disappointment, and a sense of unfulfilled potential. It’s not uncommon to wonder what could have been if circumstances had been different or if the dream had been pursued with more determination.

However, it’s important to remember that life is not a straight path, and it’s natural for dreams and priorities to evolve over time. Just because a dream was abandoned, it doesn’t mean that it was without value or that it can’t be revisited in the future. It’s never too late to pursue a passion or to set new goals, even if they are different from those that were previously held.

In conclusion, abandoned dreams can be a source of sadness, but they can also be seen as a learning experience. They can serve as a reminder of what is important and provide the motivation to pursue new dreams and goals in the future.