Step on a Crack

You are here: Home / blogs / Step on a Crack

We have all heard of the saying “step on a crack you’ll break your mother’s back” This has been circulating since the late 19th century, But where did this superstition come from, and why do people try to avoid cracks?

According to the website Superstition Bash This superstition in the early 19th Century when racism was very common the saying actually was “step on a crack your mother will turn black”. It was also apparently common with caucasions to avoid cracks at all cost, because if they did step on a crack, they would end up marrying a black person, and have a black baby. 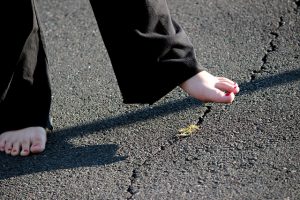