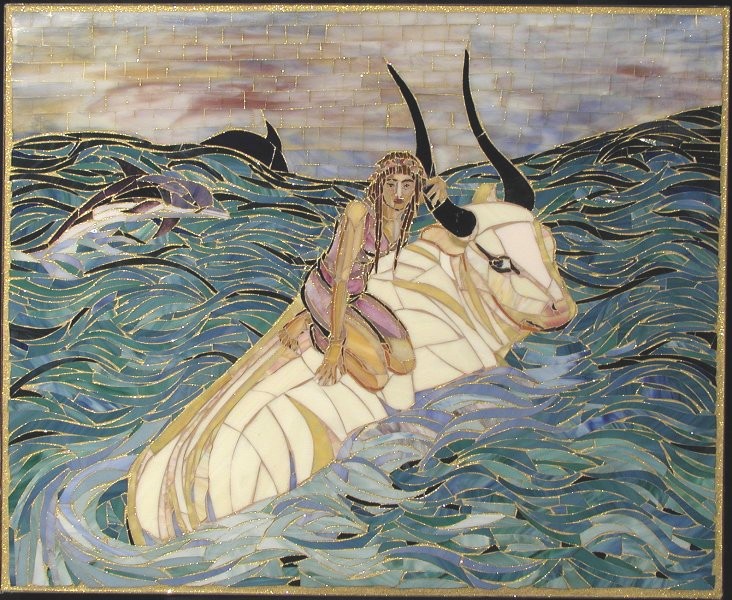 Let’s continue with the mythology of the zodical signs. This blog is about Taurus. The mythology of Taurus starts out as the story of the god Zeus being head over heals in love with princess Europa. Europa was the daughter of King Agenor of Tyre and Queen Telephassa..

Zeus decided that if he appeared to Europa while she was frolicking by the seashore she would become frightened. So, he disguised himself as a white bull with beautiful pearl horns. The bull walked to Europa very gently and once she climbed on to his back he bolted into the water.

They both landed on the isle of Crete. There he became Zeus again and made her his mistress. They had three sons and those were:

Minos who became the king of Crete and built the labyrinth that held the Minotaur.

Rhadamanthys who became one of the three judges of the Dead.

Sarpendon who founded the Greek metropolis of Miletus in Asia Minor.

As for Europa, Zeus gave her all the land that she could see, becoming known as the continent of Europe.

Next Blog: Mythology of Gemini