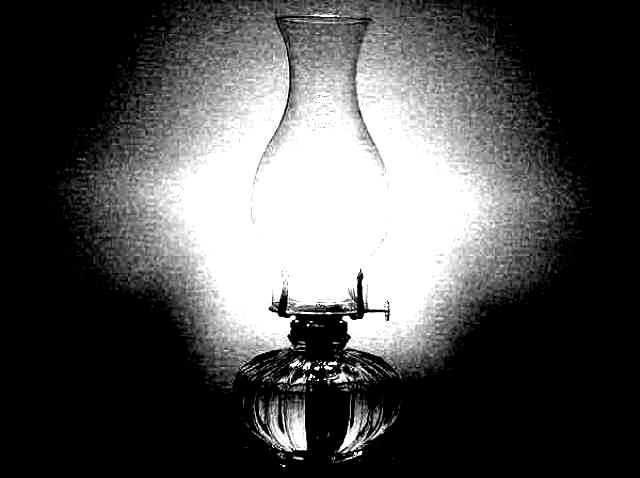 We hope you didn’t miss the first part of this ghost story, but if you did make sure to read it here (to learn all about how Drew became embroiled in this terrifying experience)!

…Their voices carried through the house; he could tell it was a man and a woman, but the argument could not be deciphered. Then silence. The steps had come back again. Drew counted as the mysterious feet fell fast and heavy on the bare floor; he waited, stiff as stone, until it came… Just when he thought it might not happen, the front door crashed closed for a second time. Drew got up and locked his bedroom door.

The following morning, again finding the basement door open, Drew slipped on some shorts and tennis shoes to have his coffee out on the front stairs. The sun had just risen and the neighborhood was still asleep, except for Robert who stepped out of his door almost simultaneously. The men exchanged greetings as Robert fastened an “as seen on TV” shrinking garden hose to a faucet. He made small talk as he watered his window boxes and planters while Drew sipped his Joe. 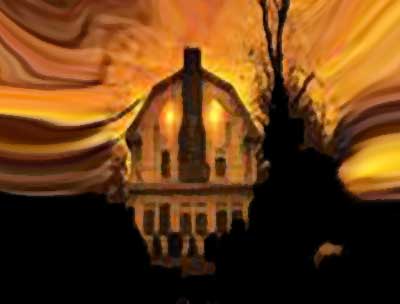 He had to ask someone the question that had been burning on his mind since yesterday afternoon. Robert shut off the hose once Drew inquired if he knew anything, and in fact, he did. Robert had been living next door for almost fifty years. Even when the neighborhood went downhill, he and his wife stayed; even when it became fashionable again, they stayed; and even after his wife passed, he stayed. But whoever in Drew’s house lived next door, they never stayed, no matter how good the rent was or how inexpensive it was to own. Robert had begun to wonder about the place a few years after purchasing his own home. Why didn’t anyone stay? He did just what Drew did and asked the old neighbor a few houses down.

By that time no one remembered what had happened in Drew’s house except the old timers that stayed on even against their children’s wishes to put them in homes. The leader and eldest of this group was named Francis. It was Francis, Robert would ask—he had lived in the same house his entire life. Robert pointed across the street at their neighbor’s house with its window boxes and cheerfully painted door and trim before going on with his story. Francis told Robert….

That when Francis was a boy, the man who lived in Drew’s house had gone mad. Convinced that his wife was an adulteress his accusations finally escalated to a brutal ending: it was in the basement where he dragged her down the stairs as neighbors heard the screams. The man had beaten his wife to death with a fire iron. Realizing what he had done he returned upstairs, took a kerosene lamp from off the hall table, ran outside, and set himself on fire in the middle of the street. It was a hideous crime, and a hideous spectacle for those who witnessed the man’s figure in a fiery final dance of death. Francis had watched from his window that night.

The house stayed empty for several years. The community kept hushed. Finally a young family moved in, but within a year they were gone. That’s when the rumors began circulating. Tales of mysterious arguments, heavy footsteps, slamming doors, and strange smells were reported…and of course there was the door. The door to the basement that could not be kept shut. Robert continued that the house had gone through several owners and countless tenants. Apparently the energy within those walls would plague whoever moved in. It would start slowly and then grow until the commotion would last all night. He also explained that it couldn’t be heard outside of the house.

And what did Drew do with this information? He stayed for as long as he could, brought in a priest to bless the house, and smudged the rooms with sage. Nothing helped, the man whose murderous act kept him bound to the house to relive his horrific crime, remained. After almost a year the renovations were complete and Andrew sold to the first bidder. He was more than happy to leave.

Once a year or so, Robert writes to Robert to keep in touch. After his review of the past year, he’d include whether or not the house had switched hands. Every year it has.