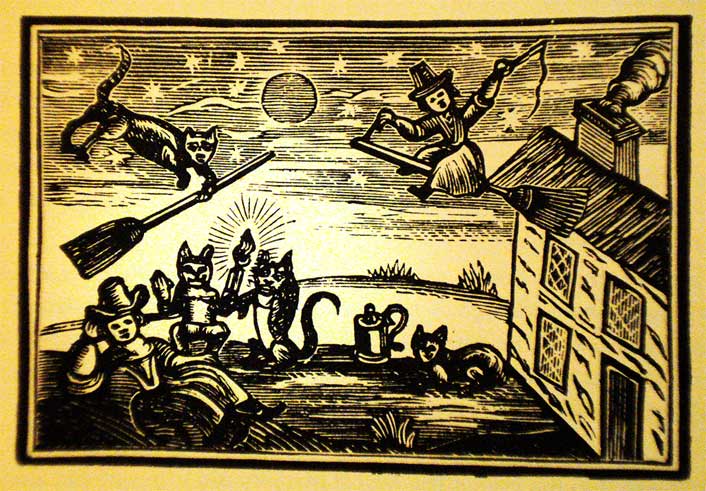 “A familiar (or familiar spirit or familiar animal) is an animal-shaped spirit or minor demon believed to serve a witch or
magician as domestic servant, spy and companion, in addition to helping to bewitch enemies or to divine information” witchcraftandwitches.com 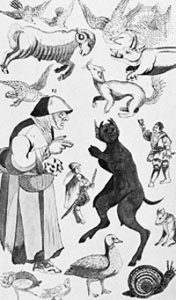 The animal was assumed to be controlled by magic powers. One in particular is its mastery to transform its shape. 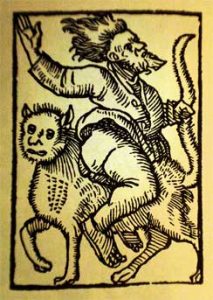 In history it was said that A familiar was giving to witches by Satan, they were tiny demons that would do witches bidding.
Most often black cats were taken over by the demons, however sometimes dogs, toads and other small animals would be.
A bit of an interesting fact is is when the Salem Witch trials were happening, not much mention of familiars were mentioned, however one man was assumed of using his dog by magic to attack people, and the dog was therefore charged and put to death by hanging. 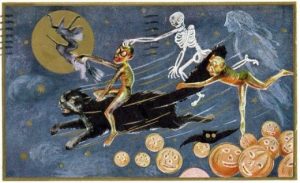 Until today the Pagan community is believed to have small animals that they call they call their familiar, however in this
day and age no one believes that they are demons, or possessed anymore.