How you express anger based on your zodiac part 2

You are here: Home / blogs / How you express anger based on your zodiac part 2

Continued from our “How you express anger based on your zodiac sign part 1,” we examine the ways Scorpio, Sagittarius, Aquarius, Capricorn, and Pisces express frustrations!

Scorpio – A Scorpio’s anger is like a turbulent thunderstorm. Loud and violent. A Scorpio can be sarcastic and brutal with their criticisms. Scorpios do not shy away from physical aggression either, however they are logical even in their anger and if they know they cannot win a physical confrontation, they will delve out the most brutal psychological beat down you have ever experienced. 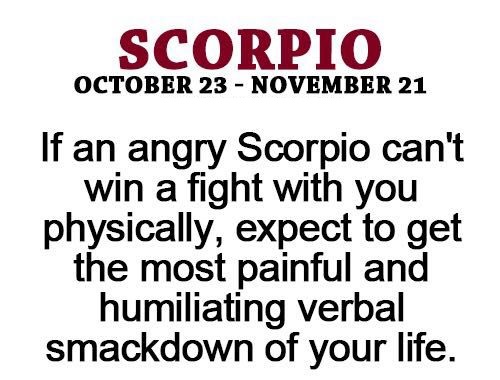 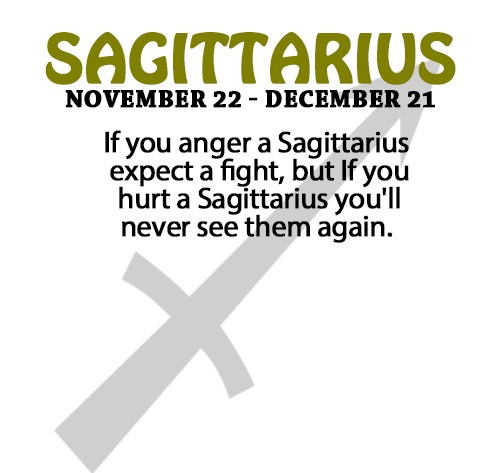 Capricorn – Capricorns have a tendency to disengage from their anger. They will become disappointed in you, and mock you, and may even end the friendship however they will rarely show their actual anger. They will hold onto their anger despite the guilt they may feel for it. Capricorns sometimes also cry as a release of anger rather than actual sadness. 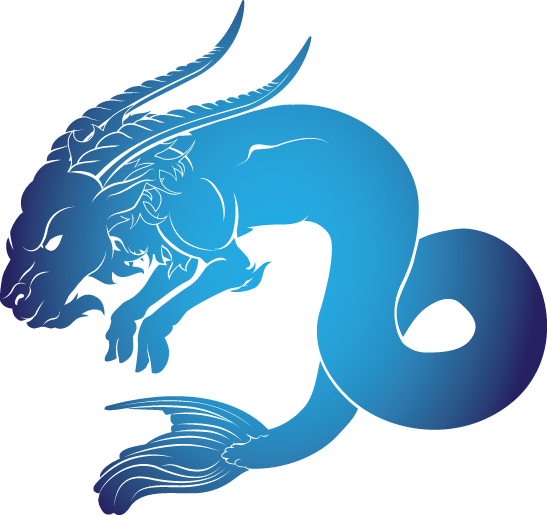 Aquarius – Aquarius are great at containing their emotions and remaining in control. However if you do push them to far and those tides change watch out. An Aquarius would rather just ignore you completely than engage however if you get the thoughts in their head to come out then be cautious they are ruthlessly heartless. They also require quite a bit of time to calm down after an explosion. 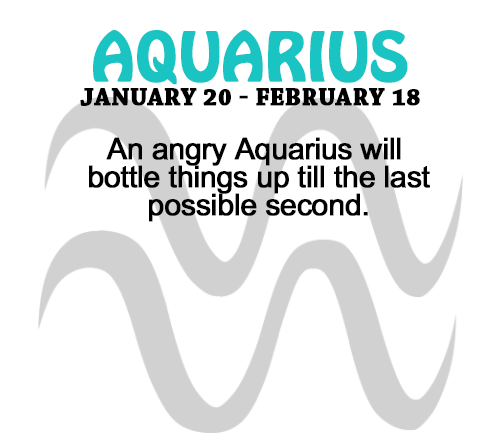 Pisces – With so much empathy Pisces tend to shut down rather than risk hurting someone’s feelings. However if you anger a Pisces they will meet you blow for blow with words that will cut you to your very core. They are absolutely terrifying if you actually manage to bring a Pisces to anger. They can become violent towards themselves or those around them. Pisces are rather creative in their anger however are almost always apologetic once they have calmed down.

Understanding how you react can help you find ways to cope without reaching a boiling point. How do you react when you are pushed over the edge? Leave us a comment and let us know.

0The Practice of Eye Gazing Part 2Alternate Applications of Astrology