Astrology: The Mythology of Virgo

You are here: Home / blogs / Astrology: The Mythology of Virgo 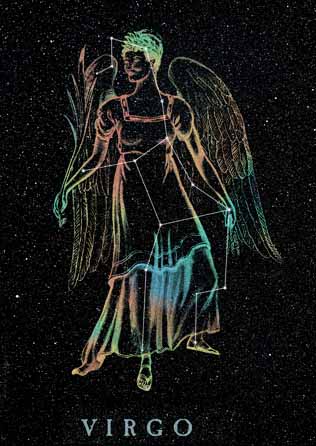 Virgo is Latin for “self-sufficient”.

The mythology of Virgo starts with the Goddess Astraea who was the daughter of Zeus and Themis. She was the last immortal to live on Earth. As time went on she became disgusted by human greed and violence, therefore, she was placed among the stars as the constellation Virgo.

The mythology of Virgo has been mistakenly interpreted as the Virgin Goddess. The most recent interpretation of Virgo is the Maiden of Agriculture who is carrying wheat or corn. Many ancient cultures see Virgo as the woman linked to fertility and harvest. That is very understandable since the sun transits the Virgo constellation in late summer or harvest time.

Virgo is often linked to the idea of service and hard work. She is the only woman within the zodiac and we should view her not as a virgin goddess but a nurturing woman and mother of the earth.

Virgo is the second largest constellation in the sky and its brightest star is called Spica.