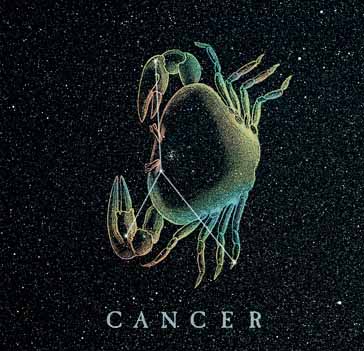 Cancer is Latin for the word crab.

Before we can get into the mythology of Cancer we first have to look at the hate/hate relationship between Hera and Heracles. ( The Roman name for Heracles is Hercules.) This hatred stems from Zeus having yet another affair, making Hera his wife extremely jealous. This affair was between Zeus and Alcmene, the queen of Tiryns. Their offspring was Hercules.

Hera hated Hercules and tried to kill him many times. He proved to be too strong for her attempts. He didn’t get the memo not to frustrate a goddess who is trying to kill you. So… Hera cast a spell on Hercules that made him nuts. In this confused state he killed his wife and children. 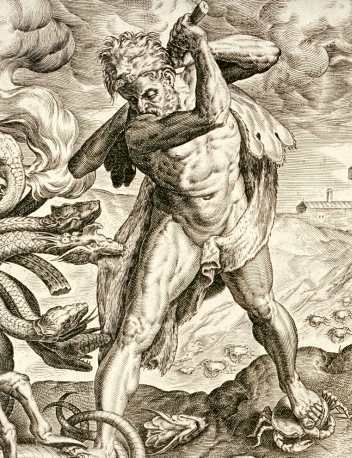 For his punishment, Hera made it nearly impossible for Hercules to be forgiven. She made him perform twelve insane and dangerous tasks. One of these tasks was to kill the nine-headed serpent, Hydra. This was a very difficult task and to make it harder Hera sent a giant crab. The crab bit on Hercules toes while he was trying to kill the Hydra. Hercules stepped on the crab crushing its shell and killing it. Take that, Hera!!

Hera felt sorry for the crab and placed its image in the night sky.

The mythology of Leo