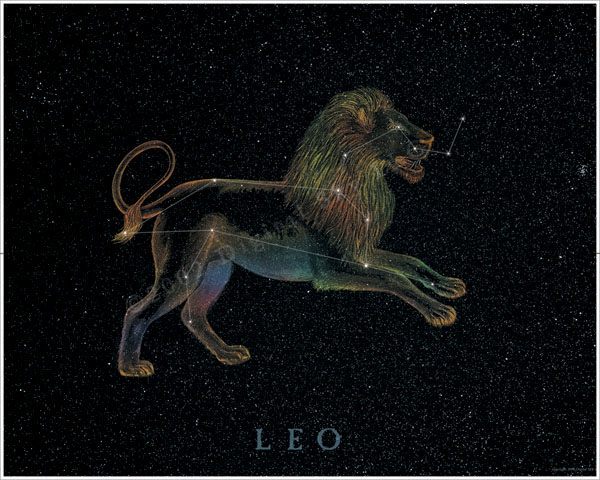 Leo is Latin for the word lion.

The mythology of Leo finds Hercules performing his first labor.

Hercules was called upon to kill a lion that was terrorizing the city of Nemea. Sounds straight forward enough… WRONG!

Hercules soon finds out that this lion had a golden coat that could not be penetrated by arrow, knife or sword. What to do?

Hercules decided to block off both entrances to the lion’s cave. He then used a large club to beat the beast then strangling the lion to death.

In order to prove that he killed the lion, he had to bring its pelt to King Eurystheus. Hercules knows the skin cannot be penetrated so he figures out that only the lion’s own claw can do the job.

Hercules brings the pelt to the king and eventually uses it as his own personal armor. Well done!!

So why does the Nemean Lion get a place among the stars as the Leo Constellation? It is thought that Hera felt sorry for the lion and in her guilt decided to place him in the heavens.

Next Blog: Mythology of Virgo