What is Animal Communication? In short- A group of animals who convey information to one another. This is said to affect the behavior of the animals future or current behaviors. 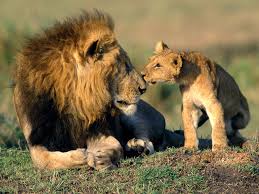 Communication for animals is a very critical role for survival. Communication allows animals to find a mate, warn each other of nearby predators, to maintain a position of dominance, and more. 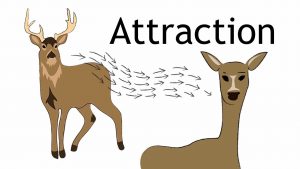 Animals use their body language, sight, and smell to communicate to other animals. However, many animals use smell, which releases airborne chemicals as a means of communication with one-another. 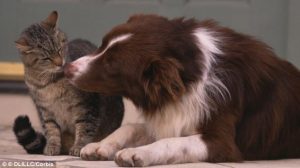 A few examples of what animals do to communicate.

White-tailed deer will flick their tails up to show alarm.

Giraffes press their necks together when they are attracted to one another.

To show affection, horses rub their noses together.

When a gorilla is mad they will stick their tongues out.

Dogs lower their bodies and stretch out their legs when they are in a playful mode.

Cats hiss and their tail bushes out when they are angry or scared.

These are just a few examples of how animals can communicate their feelings to each other. 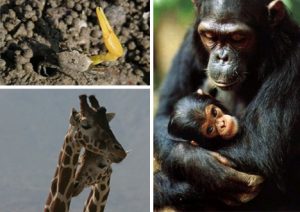 If animals did not communicate with each other, or with humans, we would not be able to study their behavior.  Much like humans, an animal’s livelihood depends on communication to convey emotions.