Lament: A Passionate Expression Of Grief Or Sorrow

Your grandparent’s house should be welcoming, warm, inviting; it shouldn’t feel cold and oppressive, but once they’ve gone from this world things change. Terrified yet? The anticipation is reaching its threshold, what is behind that door? 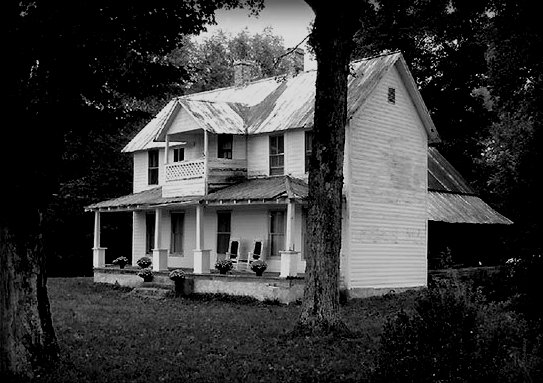 The following account was described to me by a man in his mid thirties. Dressed impeccably, fit, articulate, this is the kind of man who wouldn’t make up a story…in fact it could ruin his reputation. Having grown up in the city the man (we’ll call him Sam), spent his summers with his mother’s parents out in the country. Sam had a happy childhood, grew up, went to college and landed a great job soon after that took him to the opposite coast. That all changed when both of his parents passed away suddenly in his mid twenties, so he came back home. Sam’s an only child; the only family he had left was his grandmother who still lived out in countryside. He would visit her for the next few years until she too passed when he was around thirty two.

After the sparsely attended funeral Sam drove over to his grandmother’s empty house. It was big and would be a real pain to not only clear out, but give up. He had time, though; there was no hurry to sell or any other family to deal with. Stepping upon the porch, he noticed something had changed, the house didn’t feel welcoming anymore, but Sam shrugged it off. After all, he had just lost his last living relative. Inside, everything was exactly as his gran had left it, right down to glass of iced tea sitting by her chair where she had had the stroke. There was still liquor in the cabinet from when Sam’s grandfather was alive which he would sample on holidays spent there.

A glass of bourbon would calm his nerves. Ever since he entered the house an hour before something felt off. [When Sam reaches this point of his story he becomes anxious and uneasy.] Night was setting in and it was very dark out there in the middle of nowhere. Sam had turned on almost all of the lights on the ground floor as he walked around reminiscing about the old place when the sounds started. He couldn’t tell what or where they were coming from. Moving from room to room, Sam searched. Not a thing had ever really changed in the old place at least since he could remember, he knew it like the back of his hand.

The sounds continued and Sam began to think it was crying. “I must be crazy” he thought, brushing away the thought and fixing another drink. It must be a rat, right? He was alone in the country in a big rambling house with no one else. Turning on the radio in the kitchen Sam told himself would drown out the sound, only it grew louder, but never quite audible enough to describe. Finally Sam picked up his glass and took it to his old room where he plugged in his ear buds and lied down. He had almost drifted to sleep when a wail erupted from somewhere in the house. 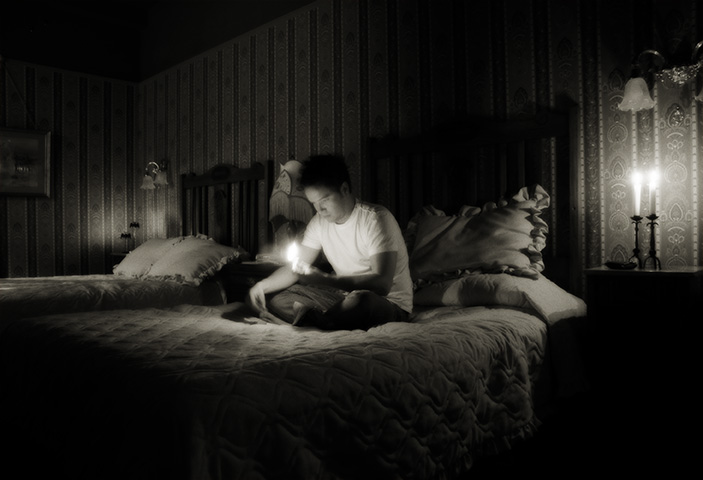 Shocked, frightened, alone, Sam ripped the buds from his ears. There it was again, the whimpering noise. By now it was nearly midnight and he was determined to know what was going on in the house.

Mind you, nothing had ever happened like this before to Sam. He spent so much time in the old place over the years. It couldn’t be haunted? He got up and grabbed an old baseball bat that still hung above his bedroom door. Flipping on the lights, Sam searched, ready to strike if someone had managed to get in. His mind raced with scenarios. Here he was in his underwear, roaming around upstairs and down, not quite sure of what the hell was going on, thinking he was losing his mind when it dawned on him…

Something he had never noticed before: there was an unaccounted for space. It was crazy, how had he never noticed? The temperature had dropped, but Sam was sweating bullets as he wandered about. It appeared that upstairs off the hall there must be another room. He checked the bedrooms, the bathrooms, even the large storage closet where his grandmother stored out of season clothes. He trudged up and down the stairs, back and forth, trying to figure out why he couldn’t account for this mystery room. It had to be a room, the square footage missing was plenty. On the landing, Sam eyed up the huge cabinet that stood between the bath and his grandparents bedroom doors. He turned and went downstairs and swigged directly from the bottle of bourbon he left on the sideboard. Just as he placed it back down there was another low, painful sounding wail that practically shook him to his core…

More to come in the next post, A True Ghost Story: Lament, Part 2.
-Wilson